The Titanic and Non-Compete Agreements

The Titanic sunk in the early morning hours of April 15, 1912. Among the estimated 1,635 victims were 119 American citizens – some of them very rich, very influential. Even at the time it was an incontrovertible fact that there were not enough lifeboats and flotation devices on the Titanic for men like Guggenheim and Astor to survive.

Shortly after the sinking, Congress sprang into action. The Senate sponsored a bill to require every ship that flew under an American flag be equipped with enough lifeboats, life belts, and other flotation devices to accommodate 75% it’s passengers.

Great, noble idea. There was, however, a problem with it: ship owners, engineers, captains, and others testified that the law should not apply to lake and river vessels as they had much shallower drafts than their ocean-going brethren.

It was, they explained, simple mathematics: the more weight added to the topsides of a shallow draft ship the higher the chance of the ship turning turtle at the first opportunity.

Then, as now, Congress wasn't about to let all that science stand in the way of a good law. The final bill made no distinction between ocean going and inland vessels. It was signed into effect by President Wilson in early 1915.

Tulips in the Bahamas

We - like the rest of the world - are still sorting through the riddle wrapped in a mystery inside an enigma that is the FTX fiasco. In FTX's case it's, so far, Tulipmania wrapped in the South Sea Bubble, inside the 1840's British Rail Mania - if they were all under the roof of a company formed in Paris to manage property in Mississippi around 1711.

In other words, a mass and mess of wild speculation for the sake of speculation, imagined currencies, paper thin companies, credulous investors, and the inevitable collapse. It may be some time before we can add Enron to the mix. Or, it might be tomorrow, this thing is unravelling fast.

While there's still a scarcity of reliable facts out there, we've noticed one and are willing to make a not-very-bold prediction for the coming weeks and months: there is a flood of shareholder actions - breach of fiduciary duty to start - already in the draft stage.

They won't be against FTX and Sam Bankman-Fried, they'll be against the venture capital firms that funded them. It's about due-diligence . . . or, rather, lack of it. Right now, as we write this, VCs across North America are doing one of two things: they're stridently explaining to the financial media how much and how long they conducted due diligence before investing, or, they're saying nothing. At all. The quiet VCs are the smart ones, for now.

Because: it’s been widely reported that FTX and Bankman-Fried did not allow due diligence. He did not allow for any concessions to his investors including the most basic of investor requirements – a seat on the board (at least).

Everything We (don't) Know About the FTX Mess

First: the one thing we absolutely, without a doubt, know with certainty about the FTX debacle at this point is this: it will be a great streaming series sometime in the next two years. Think we're exaggerating? Well, Michael Lewis - who spent the last six months with FTX's wunderkind, Sam Bankman-Fried, is already auctioning off the rights to the book he hasn't finished yet with Netflix and David Fincher swooping in from on one side and Andrew Ross Sorkin (the Billions creator) and his group coming from the other.

When it does, it won't be just a few episodes - it could run years . . . because here's the thing (and we're only a week or so into it): it's already incredibly complicated, its many layers are unraveling the way an onion the size of a watermelon would.

It is probably (maybe) the worst, most widespread and farthest-reaching example of corporate mismanagement since Enron. It maybe (probably is) the most disastrous de-valuation of a currency since the Weimar Republic.

The Full Newman – Part One

This was a series of articles from our newsletter.

Open up a cupboard or a fridge (that's our's in the photo) and the odds are high you'll run across something from Newman's Own - popcorn, salsa, salad dressing, lemonade, pasta sauce, the list is over 100 products long.

Paul Newman and a writer friend, A.E. Hotchner, started making salad dressing for friends, family, and colleagues in 1980. As news of how great it was spread, demand became so high they began selling it. In the first year they cleared $920,000. They immediately decided that the profits should go to charity.

In 1982, after adding marinara sauce, they formed Newman's Own, Inc. From the start it was a for-profit corporation that donated 100% of its net earnings to charities - many of them their own with a camp for children with serious medical conditions and their families - the Hole in the Wall Gang camp - chief among them.

Newman's wife, Joanne Woodward, and their four daughters became involved. In 1990, following the tragic death of Newman's son, Scott, from an accidental drug overdose, a rehab facility named in his memory was added as a prime beneficiary.

There are thousands of beer choices in 2022. Craft beer breweries are everywhere. But when all is said and done, by this coming Tuesday, the best selling beers will be Anheuser-Busch and Coors brands. Two companies that began as family-owned businesses in the mid-1850s and eventually morphed into brewing conglomerates.

Anheuser-Busch and MolsonCoors are the two largest brewers in the United States. Hardly surprising, it’s been that way for generations of beer drinkers.

It wasn’t quite that way in 1980. Anheuser-Busch was number one but Coors – still not quite a national brand – was fourth. Between them was another family owned brewery started before the Civil War – Stroh’s. You may have never heard of Stroh’s but for 130 years it was a household – well, at least a beer-drinker-in-the-Midwest household – name.

Like Coors and Budweiser, Stroh’s was founded by an immigrant in the mid-1850s. Like them, Stroh’s started as a family business. Like them, the Stroh’s passed the business down for four generations.

They are from Texas and New York. A scrum of law firms and lawyers are overseeing the New York case. The difference in tenses may tell you how things have gone.

In the late 1960s, Bill and Tom, both artists, bought a three-family brownstone on Horatio Street in the West Village. At the time, no one was buying real estate in Manhattan. They lived together in a one-bedroom apartment on the ground floor that opened out to a courtyard garden and rented out the other three apartments.

It was big news last week when it was announced that Chadwick Boseman's estate settled. You may remember that the great actor Chadwick Boseman died two years ago after a long battle with cancer.

He survived four years with colon cancer that was Stage III when discovered. He never got around to creating a will or an estate plan. If we had to guess why, we'd venture that fighting cancer while working took up all his energies and, perhaps at some point, he equated making a will/estate plan to giving up. Understandable, but the problem is, wills and estate plans are not about you, they're about the people you leave behind.

The good - extensively covered - news last week was that Boseman's estate settled. His widow, appointed administrator, chose to evenly divide the estate with his parents. They'll be no probate battle or litigation. A feel-good story . . . . . . that was a panther’s whisker away from disastrous.

When Chadwick died, he was supporting his close-knit family and his new wife. He continued working. He had appeared in two of the highest grossing movies of all time – the potential residuals are head-spinning.

He not only died intestate, he married his long-term partner, Taylor Simone Ledward, just a few months before his death. California law states that when “a person dies without a will, the spouse inherits all community property and is to split the individual’s separate property with the deceased surviving parents.” (California, like Texas, is a community property state).

We’re headed into the long July 4th weekend . . . what better time to talk about a startup.

It’s a big startup, based on a radical idea, revolutionary in fact. It started out with small, modest goals but quickly expanded – far too quickly, it’s on shaky ground, underfunded, and burning up the capital of its main VC. The founders never had the time to do more than hastily incorporate. Operating agreements, much less employment agreements and guidelines, do not competes and non-disclosures were never enacted.

The competition is old, established, monolithic, and slow moving – but rich beyond measure.

The board of directors are split – almost evenly – on the startup’s long-term goals. Some of them want to be bought out by the competition. Unsurprisingly, they spend most of the time arguing among themselves. Only two directors took the time to visit the physical plant.

The CEO is tall, aristocratic, smart, taciturn – the perfect qualities, he is indispensable. The board, however, continuously tie his hands, interfere in day-to-day operations, and withhold funds needed for training. He’s put everything on the line for the company to succeed on its own, the alternative would be personally ruinous.

We won't have HBO's Succession to write about for a while, but they left us - no spoilers - with a few last lessons/observations/morals. As the final episode of Season 3 wound down we couldn't help but think - we are a law firm after all - of how the shareholders of Waystar would have felt this season.

It was a season of wild swings in the company's value - it happens, of course, with all businesses at one point or another and can be tied to many outside influences.

That, though, was not the case with Waystar this season. All the fluctuations were based on rumor, innuendo, and the bad acts of several of the company's officers/shareholders/directors. In short, all the damage was self-afflicted by the very people who were supposed to be responsible for Waystar' financial well-being.

The fictional Waystar Royco company is publicly traded. It's also controlled by the Roy family with the patriarch, Logan Roy, the major shareholder and CEO. He wields that power like he rules his family - impetuously, head-strong, unyielding, profane, and brash.

Three of his four children - all shareholders, all (at one point or another) officers - act like dad, just much less effectively. One thing they all have in common is that the Roy family always - always - act in their own interests before Wayco's.

Our own Kirby Hopkins was recently named one of Houston's top Commercial Litigation Attorneys by Houstonia Magazine as voted by members of the Houston Bar - which makes the honor especially pleasing.

'Commercial Litigation’ is not always easy to quickly, concisely define. It’s at once specific (Commercial) and general (Litigation). Neither begins to get across what Kirby and we do as a firm.

Luckily, one of the cases that contributed to Kirby’s honor does all the explaining for us.

Kirby was local counsel in a business dispute that resulted in one of the biggest jury verdicts in Texas in 2021, $32 million.

It was a breach of contract action. A shareholder derivative claim. An employment law claim for non-payment of salary. A corporate claim for breach of fiduciary duty. There were [ample] elements of unethical business practices, fraud, bribery, battery, malice, gross negligence, and intentional self-enrichment. 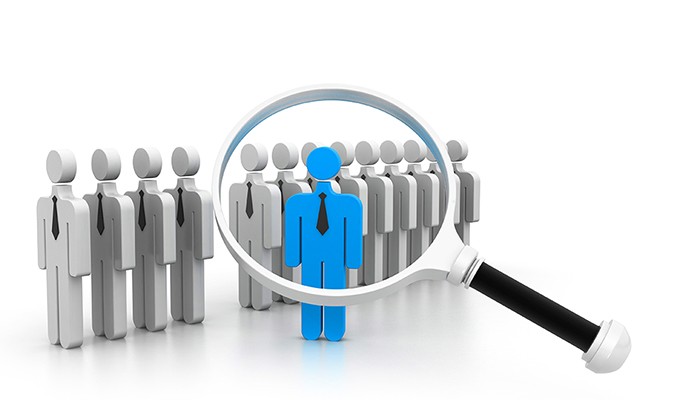 Will You Have to Reclassify Your Workforce? 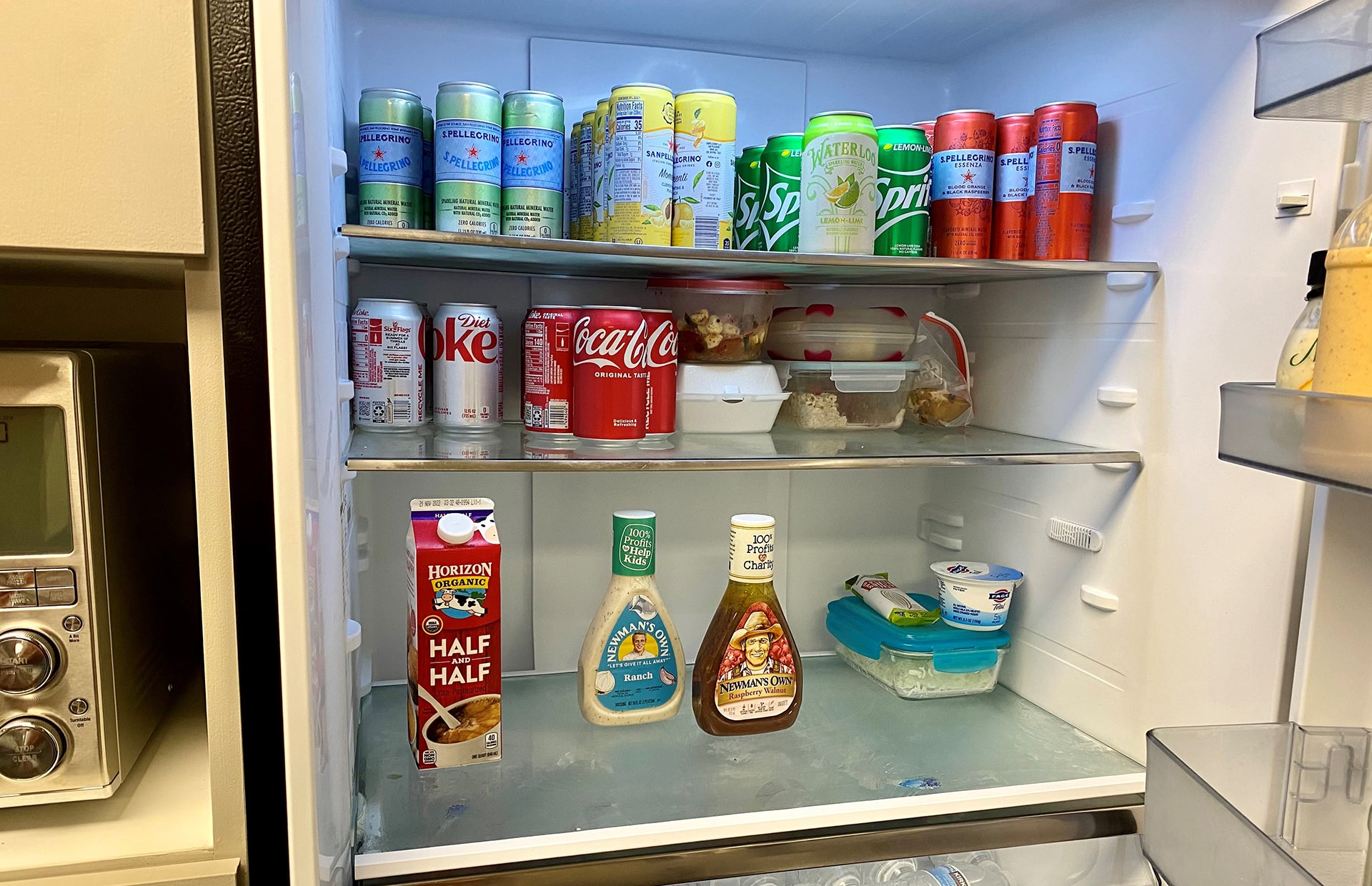 To speak with a dedicated and compassionate business law attorney, please call 281-210-0140
or contact us via email. We would be honored to speak with you about your concerns.