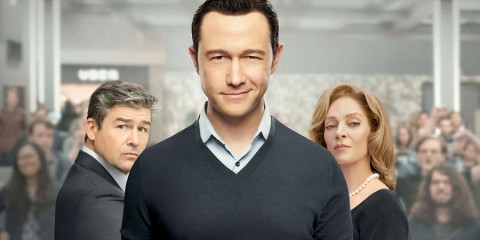 You have your pick Silicon-Valley-Startup-Charismatic-Entrepreneur-Rise-and-Crash shows across streaming platforms. And more are on the way.

These shows can be hypnotic – a riveting 'underdog triumphs' success story for four episodes, a spectacular immolation over the next four. There are, obviously, lawyers all over the place. Good, bad, indifferent, understanding, belligerent, cold blooded, totally invested, competent, and not so competent.

One of the shows is Super Pumped – the story of Uber and its founder and former CEO Travis Kalanick. Three episodes are out so far, the last two highlight the importance of a General Counsel by – apparently accurately – showing what happens when there’s a bad one in place during a crisis.

In Uber’s early years it was trying to get traction in its hometown, San Francisco. The city is not enthused. The head of the city’s transportation has a vested interest in seeing that the existing pay ‘a fortune for a medallion to drive a cab’ system stays intact. He goes after Uber, fining them daily for every ride, every car, simply existing.

The fines and penalties pile up. Sheriffs serve cease and desist papers and threaten to arrest Uber’s officers. The general counsel is flummoxed, he’s a ‘startup and IPO’ lawyer. He waffles between paying the fines and working ‘something out’ with the city and giving up.

In the middle of all this, Uber’s biggest investor pops into headquarters to inform Travis that he is putting his ‘own man’ in as COO to help run things. He’s experienced, he has a law degree. Travis is outraged (he always seems outraged or elated, there doesn’t seem to be much middle ground), he smells a spy for the VC.

Travis had just been served, again. This time it’s paperwork that will shut down the headquarters in 24 hours. He throws the paperwork at the new COO and says, “If you’re as good as you think you are, fix this.”

New COO flips through the pages, stops suddenly and says exactly what the lawyers at Hopkins Centrich had been yelling at the screen for the last half hour, “Wait a minute, these guys only have jurisdiction over cabs and livery services. You’re neither, you’re the opposite, they have no jurisdiction to do anything to you.”

“Perfect,” says the general counsel, “so simple, why didn’t I think of that?” “Yeah,” Travis agrees, “why didn’t you?”

That’s a good question, one that should never have to be asked of a general counsel. He has no excuses, he could have alleviated weeks of stress and conflict and lost profits by either doing research that was out of his comfort zone or, better yet, reaching out to a municipal administrative law attorney.

It’s not important (or possible) for a general counsel to know everything. It’s important that they know what they don’t know and where and who to go to for answers. Quickly.