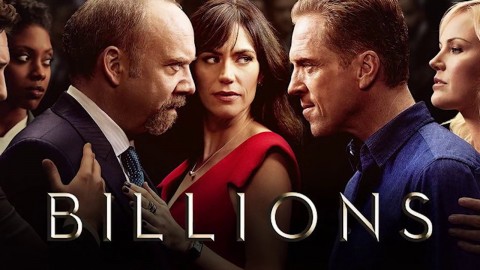 A Lesson From Billions

If you follow Showtime's Billions you can’t miss the fact that every character (except Tuk) turns on a dime when their plans don’t work out (or are stomped into the ground).

Is that possible in the real business world? If so, how do they do it?

It is. How they do it has been alluded to from the first episode of the first season on. It’s been mentioned by name a few times this season: 'selling your position.'

It’s about basic psychology, as Wendy would say. It starts with ‘loss aversion.’ Loss aversion is hardwired into our brains. It's left over from when our ancestors were running around chasing wooly mammoths.

We're wired to keep things the way they are - life, school, marriage, your business. Sometimes, though, we’re called on to make a decision and our hard-wired loss aversion freezes us.

Like Prince, Chuck, Taylor, and the rest (except Tuk) we can break loss aversion’s hold on us. We need to 'sell our position.'

This is an idea from the investment world. After a while (or sooner) a trader or money manager will fall in love with their choices, their portfolio. They won't budge despite what the market is doing. They've taken a position and they're sure it will pan out 'if they just give it time.'

To break the logjam, investment managers will force their traders to dump their entire book of business in the evening. The one they have been passionately defending, possibly for months, years. The next morning they have cash. If their position was solid and profitable they can buy back in. If, as is usually the case, they look at all that cash, then look at the market, then look at the cash, they almost always go in an entirely new direction.

For those of us who don’t trade millions of dollars every day but need to change something important or just make a tough decision, here’s how we can ‘sell our position:

It starts with two questions, a whiteboard, and (sometimes) a bottle of wine.

What do you want? If you had unlimited options available to get that thing, would you actively choose what you’re currently doing?

What we’ve realized is just the exercise of thinking through what you really want to see if you’d choose what you’re doing to get there is enough to break the loss-aversion spell.*

You probably know where we’re going with this. We’re a business law firm. We counsel business owners; we help negotiate everything from a simple partnership agreement to complex mergers and acquisitions. At any given time we have clients in mediation, arbitration or litigation.

They have to make decisions. It’s easier to make those decisions if they ‘sell their position' beforehand.

Hopkins Centrich will take you through it. We’ll be there with a whiteboard, eraser, and marker. We can talk about the wine situation.