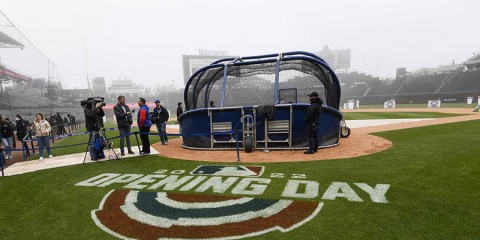 Happy Opening Day! The Astros are opening and all's right with the world. Every opening day we’re always reminded how close the MLB came to imploding. Several times over the last few years.

As a law firm that engages in negotiation after negotiation on behalf of clients (and Astro fans) we watched the negotiations with professional curiosity. There were a lot of lessons to be learned, all of them, we think, on how not to negotiate.

The baseball lockout lasted 99 days. That boiled down to hundreds of threats, weeks of no action whatsoever, deadlines made and ignored, tens of thousands of social media posts, thousands of media appearances, hundreds of proposals thrown out without regard to reality, tens of solid solutions seriously offered, discussed, amended, and agreed on.

That’s 99 days of acrimony, misunderstandings, and things better left unsaid being said aloud then tweeted. We could teach an entire course in negotiating and never exhaust the lessons of the lockout and the 2020 COVID shortened-seasons negotiation.

A few thoughts as we wait for tonight:

Deadlines. A deadline set by one party is a threat. It’s a ‘get it done by this time and date or [unspecified horrible thing(s)] will happen. Here’s the thing, though, a deadline isn’t a deadline unless it really is the deadline – the date after which nothing good can happen. Threatening a deadline – as the owners did a half-dozen times or more – then letting it come and go to be replaced by another drop-dead date is counterproductive at best.

The other side can do math. Don’t throw numbers around that can’t be backed up by spreadsheets and CPA ledgers – and even then, have more behind them. Crying poverty didn’t work for the owners in the 1950s (when every player was on a one-year contract and could never change teams) and it didn’t work in the 1970s when free agency began. If it didn’t work then, in the era of microfilm research, it certainly isn’t going to work in the Information Age.

Negotiating in public – or on social media and by text - is an almost indescribably bad idea. This includes announcing to the world how wonderfully reasonable you’re being offering x to the other side.

Keep Your House in Order. There are few things worse for a business attorney than negotiating in good faith – maybe even making progress – when someone in your client’s company and/or family snipes away publicly. The Players Association was rife with players not only posting what they ‘believed’ was happening, but slamming the owners up and down Twitter. None of that is helpful in the least, but it’s up to the client to keep a lid on it.

Again, it’s the 21st Century, everyone in the world has a camera on them at all times. Optics matter. Blowing off a negotiating session to play golf will almost certainly get caught on tape and come back on you with a vengeance at the exact moment it can do the most harm.

Always remember you will be negotiating again. The MLB-Players Association contact runs out in December 2026. No one on either side is going to forget – let alone put aside – any of the above.